Disney has announced on their Disney Parks Blog, that the Disney Parks Christmas Day Parade will provided an enhanced experience with the Shazam mobile app. Shazam is an app for your mobile device, that can listen to the music around you and identify the title and artist. The Shazam iTunes page describes it as: “Hear a song you don’t know? Shazam identifies it instantly.”

Presumably, Disney will be using the integration to try to help sell some of the holiday songs that will be performed during the parade. Shazam has recently been doing similar partnerships for commercials and some TV shows. We’ve all been watching a movie or TV show and wondered who sang the song you were hearing! 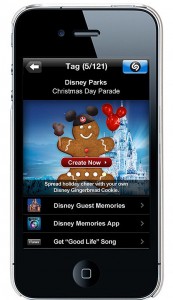