I recently changed jobs and was assigned a Android phone! I’ll be able to provide some more perspective from an Android perspective, going forward.

One of the first things I did was to start searching for Disney apps in the Google Play Store. One of the first apps to catch my eye was the Disney FilmPulse app. This app is also available on the iPhone, but hey I want to play with the Android. After installing, you have to hop through a few screens, and eventually shows us the current film that Disney has released : Frankenweenie. 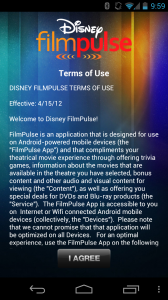 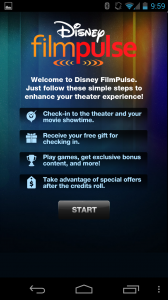 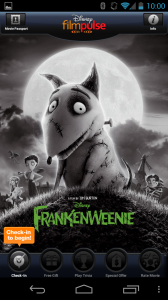 The unfortunate reality is that the app is only useful if you are going to see a film at the El Capitan Theatre in Hollywood, CA. The idea is that if you check-in at the theater, you will be able to access games, exclusive content, and likely be awarded a free drink or popcorn at the concession stand. It would seem that they are currently testing it at El Capitan, but are at least considering having it expand to some movie theater chains as well.

Overall, I like the idea of providing added content for a theater going experience. I would hope that a person would use this while they are waiting for a movie to start, but be polite enough to not use it during the actual movie performance. Maybe they could have it somehow detect the audio of the film to disable the app? 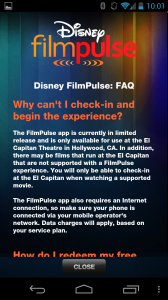 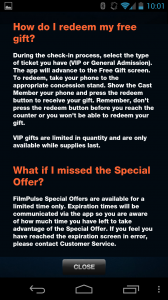 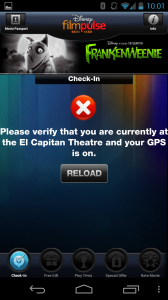 Here are some of the official screenshots of the iPhone version, with what the app would have looked like during the Brave viewing. 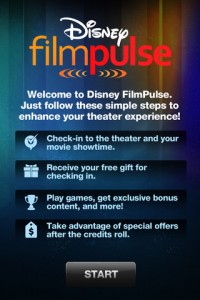 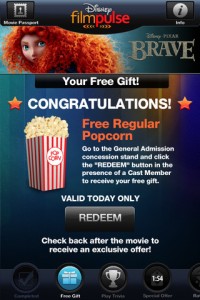 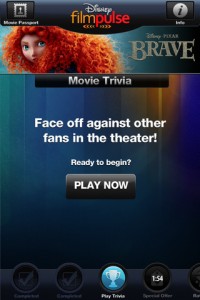 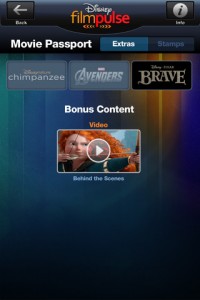 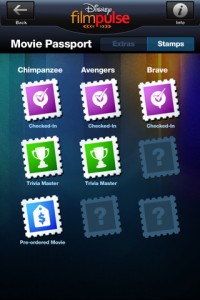 Enhance your in-theater experience with Disney FilmPulse, an all-new app for your iPhone. Just “check-in” to the theater and showtime for the Disney movie you’re about to see, and begin the FilmPulse experience. Unlock surprises and enjoy interactive games and bonus content before the movie, then take advantage of special offers after the credits roll.